I read Quora questions/answers regularly and I bookmark a lot of them.

So in the spirit of redistributing and having an easier access to my favorite stories over there, I decided to publish them on a daily basis here.

The following question and answer were the best I glanced over for the day.

I’m publishing this one about a day later. I had a couple of rough days recently.

What is something about human psychology that almost nobody knows?

The following answer is by Remus Buhaianu to this particular question. 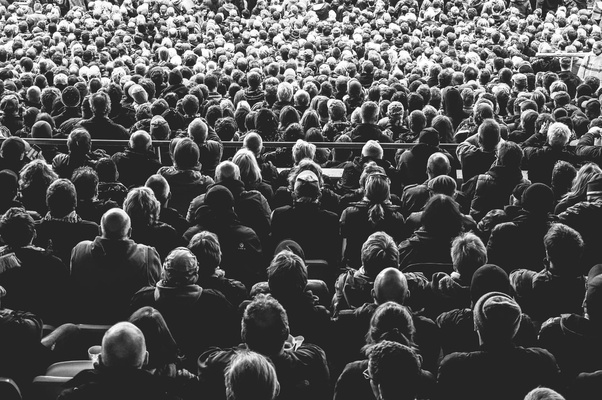 Don’t read if you don’t want to take the red pill.

Humans could never be allowed to rule in a democracy.

In the documentary called “The Century Of The Self”, you explore how today’s society came up to be and how human nature was shaped during this process.

Sigmund Freud (Austrian neurologist) believed that humans are irrational beings, dominated by fears and desires which lurked in their subconscious mind. You could never allow such irrational creatures to be in charge of a democratic system.

Edward Bernays — Freud’s nephew who lived in the USA—soon realized the potential of Freud’s insights and swiftly put them into practice.

Bernays knew he had to build a social system in which the masses were not allowed to rule. He had to give them the illusion of a democracy.

The Nazis implemented the same concepts as Bernays, but they abandoned altogether the illusion of a democracy. They chose instead a straightforward approach: the energy of the masses should be channeled into a united force that would maintain the nation glued together.

Bernays’ plan was to transform the masses into passive consumers.

As long as people’s hidden desires were satisfied and exponentially multiplied, the Government could keep on doing whatever it saw fit.

Through this transformation, people became obedient workers of a society which spoon-fed them the illusion of democracy and well-being.

One of the greatest stunts Edward Bernays has ever pulled off was when he got american women to smoke—an unprecedented event in USA’s history.

You see, Bernays had to go beyond the obvious.

Cigarettes were thought of as male product. No one thought a woman would smoke. And then he realized—he didn’t have to use logic to make women smoke. Bernays paid a group of women to go on a smoking march. He subtly spread rumors to journalists about the upcoming march.

And so it happened.

Dozens of women marched on the streets carrying “torches of freedom”.

Yes—cigarettes had become a symbol of freedom.

The news spread like a wildfire throughout the USA thanks to Bernays’ rumors.

It resonated so well with the masses because they associated cigarettes with freedom—one of the USA’s long-lasting values. By appealing to their emotional side, women started to smoke.

Bernays achieved his mission and the tobacco industry grew larger as their profit now had increased tenfold due to the gigantic success of Bernays’ campaign.

From one success to another, Bernays hired countless psychologist to analyze the behavior of people and better understand how they could satisfy their irrational desires.

The communists tried to suppress these subconscious, irrational forces hidden within the humans.

The Americans had to find a better tactic to prevent the masses from revolting against the government in times of peace.

During the war, all governments used this chance to channel human’s primitive forces and turn them into mindless killing machines. But you could not do the same in times of peace.

The consumer society of today is a society built on lies and deceit.

We have practically been trained to seek more and more goods that are not a necessity in itself but rather a means to satisfy our constant wants.

I invite you to watch the documentary on Youtube for the full experience and a complete understanding of the situation.

Here is the link to the documentary: The Century Of The Self.

The above answer is by Remus Buhaianu to this particular question.

I hope you enjoyed this answer as much as I did.

I really recommend you check out other answers to this question on Quora. I may have read it a long time ago and some new and even better answers may have popped up since.

If you don’t use Quora, feel free to leave a comment down below about this answer.